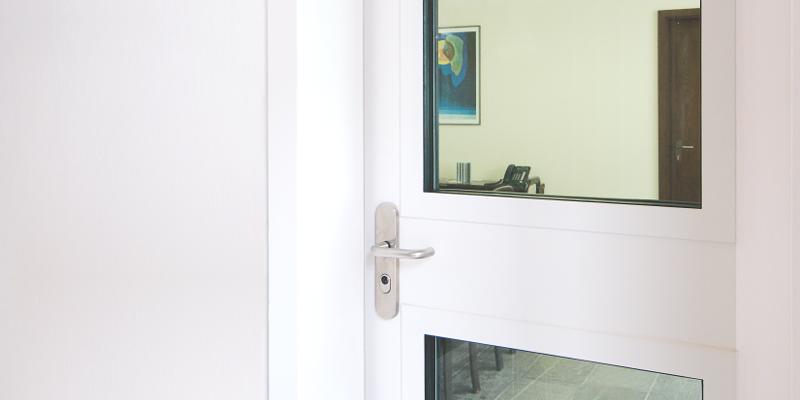 The requirements for burglar-proof doors are set by the European standard EN 1627. This standard defines the resistance classes RC1 to RC6.

The abbreviation "RC" stands for "resistance class" according to EN 1627.

Burglar-proof doors of resistance classes RC1 and RC2 can only offer a low level of protection against burglary or vandalism. At best, burglary protection doors in this category protect against opportunistic burglars who only use simple tools, if any.

Especially when areas of a building which are not permanently visible, such as garage entrances or side entrances, are to be protected, you should not take any risk with intrusion protection.

Tested and certified according to EN 1627

The System Schröders ESN burglar-resistant steel security doors are equipped with our patented ESP safety profile. This is a rebate protection profile that effectively prevents a direct attack on the door rebate. The door rebate is considered to be the weak point of a door.

Through the intelligent use of this rebate protection profile, the one or double-leaf security doors achieve a new level of quality in protection against burglary. And that with a very inexpensive design.

n addition to the effective protection against burglary, their excellent value for money makes these burglar-resistant doors equally attractive for commercial and private use.

Can be combined with other safety requirements

The burglar resistance doors can be equipped as part of the Schröders ModulSystem in combination with the following performance features:

The installation of additional safety equipment, such as e-openers, magnet and bolt contacts, shunt locks, escape door openers and the like, is of course possible.